Should we introduce Australian species to replace our extinct ones?

This is some of what she said:
We’ve lost 51 birds, three frogs, three lizards, one bat, one freshwater fish, four plant species and a number of invertebrates to extinction.

Almost without exception introduced species have been detrimental to the native flora and fauna, through predation and competition.

(The only possible exception is the harrier hawk, which has benefitted from rabbits and rodents).

The current cost of predator control of just three species (rats, stoats and possums) in NZ is $114m per annum.

Without the investment we would lose more species – 80% are in trouble.

So, we need fewer introduced species not more.

Are Aussies better than the others. Not really – think possums, wallabies, magpies.

If we opened a trans-Tasman bubble, the rest of the world would want to follow.

And where does this free flow of invasive species across the globe end?

According to David Quammen (author of the Song of the Dodo) with a “planet of weeds”.

“Wildlife will consist of pigeon, rats, cockroaches, sparrows, houseflies, barn cats, feral dogs and a short list of additional species that play by our rules.”

Former Commissioner for the Environment Jan Wright said “Our birds are indeed a great treasure – they are a taonga of this island nation.”
The introduction to her report ended with a whakatuaki:

The voice of the kea is heard inland, the cry of the albatross is heard at sea, a white heron in the sky, a kākāpō on the ground.

Everything in its rightful place.

Thanks to Damon, Shona and Margaret for a fun and informative debate. 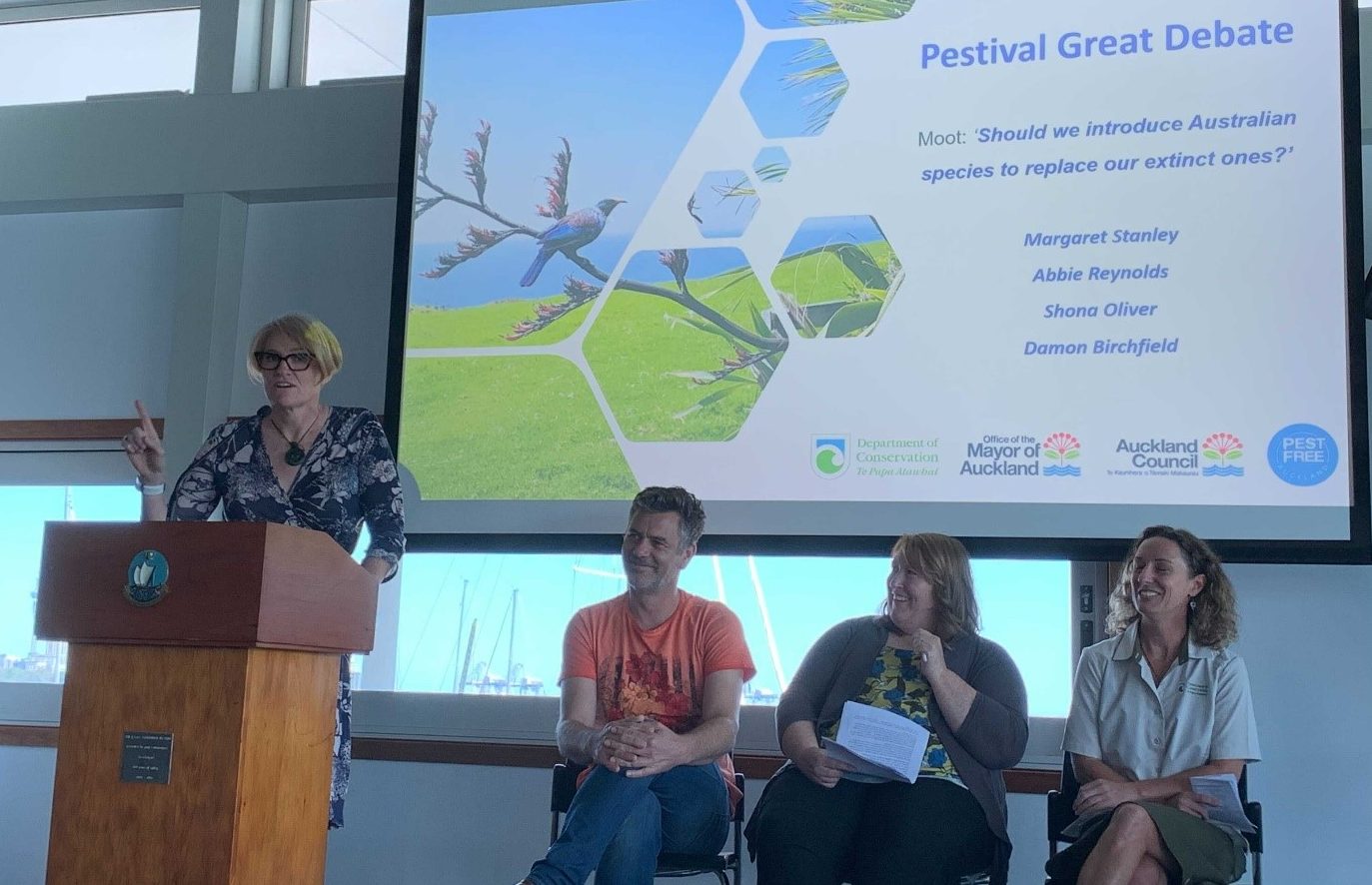 Should we introduce Australian species to replace our extinct ones? Abbie argued Nah recently at The Great Pestival Debate. …more