It was great to see the Waiheke trapping network going live this week.

1500 traps have been set across the island on a six-hectare grid designed to eradicate every stoat.

Working at this scale and intensity is what Predator Free 2050 Limited funding allows.

Getting to the dawn ceremony meant I had to catch a 5.30am ferry from Auckland. Still an hour before sunrise, I thought of kororā/little blue penguins returning to island promontories. The island’s few oi/grey-faced petrels still active, soaring over wave tops in search of squid.

After two years of trapping – enough time to cover two stoat breeding cycles – the outlook for these burrow-nesting birds and the island’s other native wildlife will be transformed.

The event was held at the Awaawaroa Ecovillage, where its 14 resident households have been trapping stoats to protect biodiversity for 20 years and have caught over 100 stoats.

Kaumatua George Kahi offered a karakia and waiata to mark the occasion. 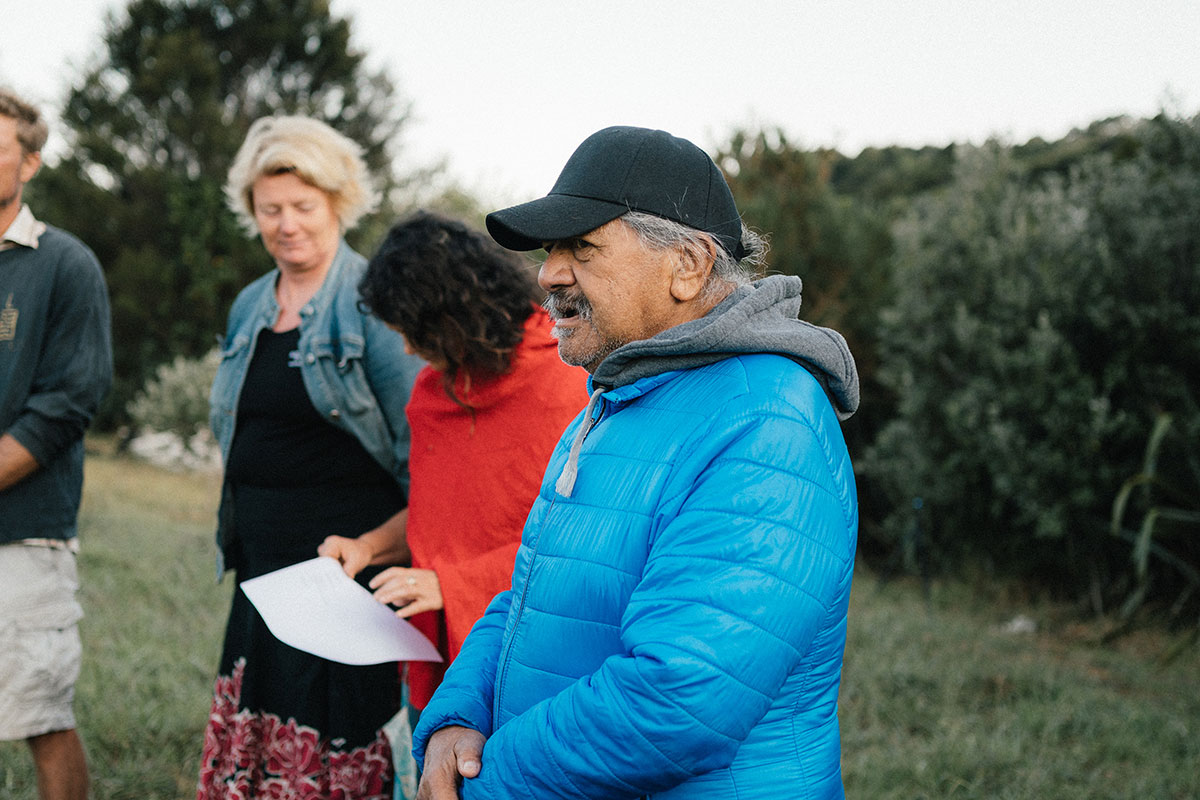 George Kahi and Awaawaroa residents at the early morning event.

Since the project announcement a year and half ago, a locally recruited team has been assembled and then worked with the community to build understanding and support for the operation. Thousands of landowners have been contacted, trap lines plotted, tracks cut, traps deployed and pre-fed before setting.

The field team will check the rabbit and egg-lured DOC 200 traps at least every month, helped by wireless technology that alerts them when a trap is sprung in a remote area.

Currently, the team receives reports of stoat sighting two or three times a week. As numbers decrease detection cameras and predator dogs will be used to locate the last few animals.

Biosecurity will be stepped up to ensure stoats are kept off the island. A new video is being screened on each ferry sailing to build awareness.

When completed Waiheke will be the largest successful stoat eradication in the world by an order of magnitude.

We’ll continue to work closely with the team, monitoring and celebrating milestones until the job is done.