How it should be : Predator Free 2050 Limited

Last week, as part of a Predator Free 2050 Limited team trip out of the office, we joined the annual census of black petrel/ tāiko chicks on Great Barrier Island.

We experienced what was once common around New Zealand.

In burrows across the summit of Hirakimata, the island’s highest peak, we helped a team from Wildlife Management International Limited check marked study burrows and band the chicks within them. 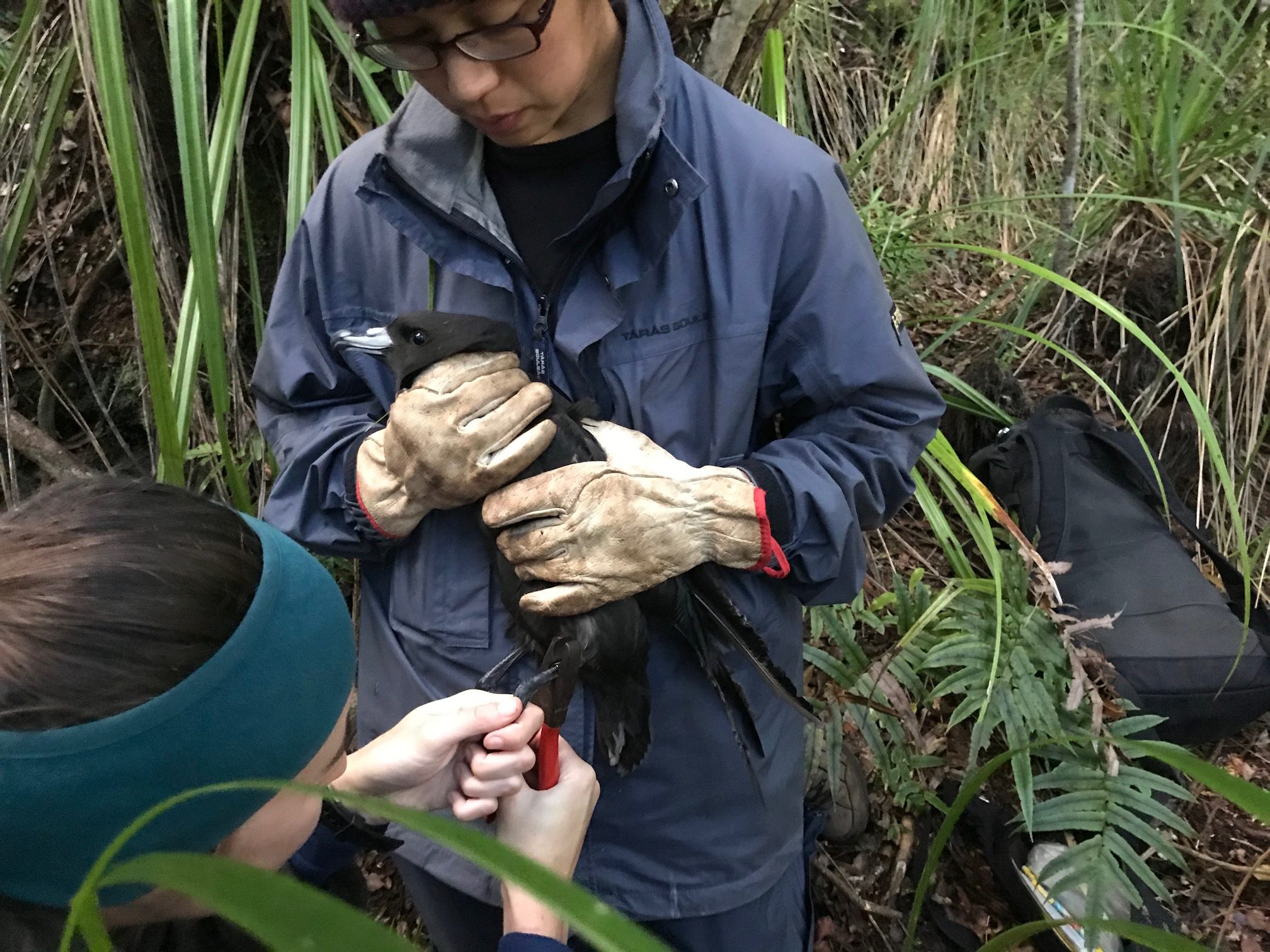 In May chicks are approaching the end of fledging.

Some are plump, full of regurgitated squid from their parents, and covered in grey down.

Others are shiny black and fasting, converting fat to muscle, stretching wings and just days away from their first flight.

Soon they will make their way through the old growth forest to a prominent tree or rock for take-off. It will be the last time they touch land for years.

Last season the research team fitted tiny GPS transmitters to some of the birds and were amazed at the findings.

“Travelling separately, they head east and fly for 9,000 kilometres, do a sharp dogleg north for another 4,000 kilometres and finally settle into a feeding pattern somewhere around the Galapagos Islands,” says Nikki McArthur, a senior ecologist with WMIL.

“How their genetic imprint enables them to know when to leave and to navigate so precisely is a mystery.” 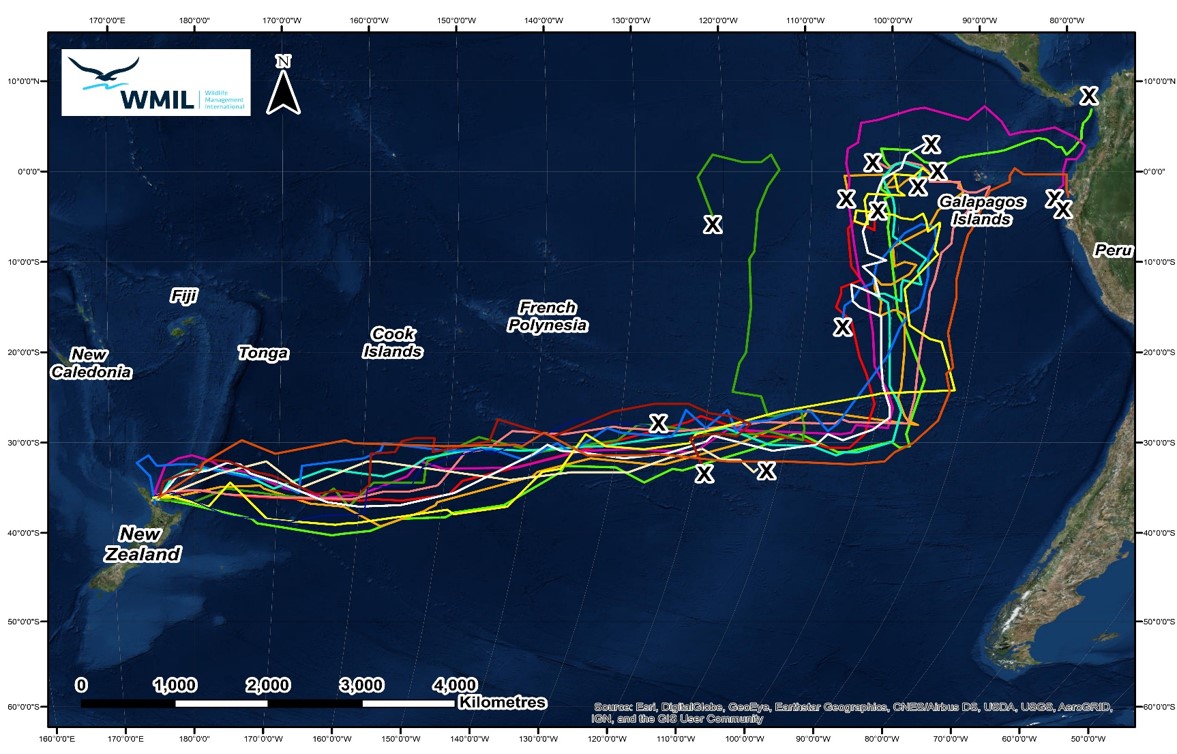 Juvenile birds spend four to six years at sea in waters off South America before responding to the cry of home.

Nikki has sat out at night waiting for their return. The valleys around the summit of Hirakimata are filled by the sound of clacking beaks, as males signal prospective mates. A rush of wind signals the passing birds, before a crash through the forest canopy announces landfall just metres off their target burrow.

Transmitters fitted to adult birds showed alternating feeding patterns of several days to a week, covering an average of 3633 km, mainly in the waters east of the upper North Island, but sometimes as far as Norfolk Island and beyond the Chathams. 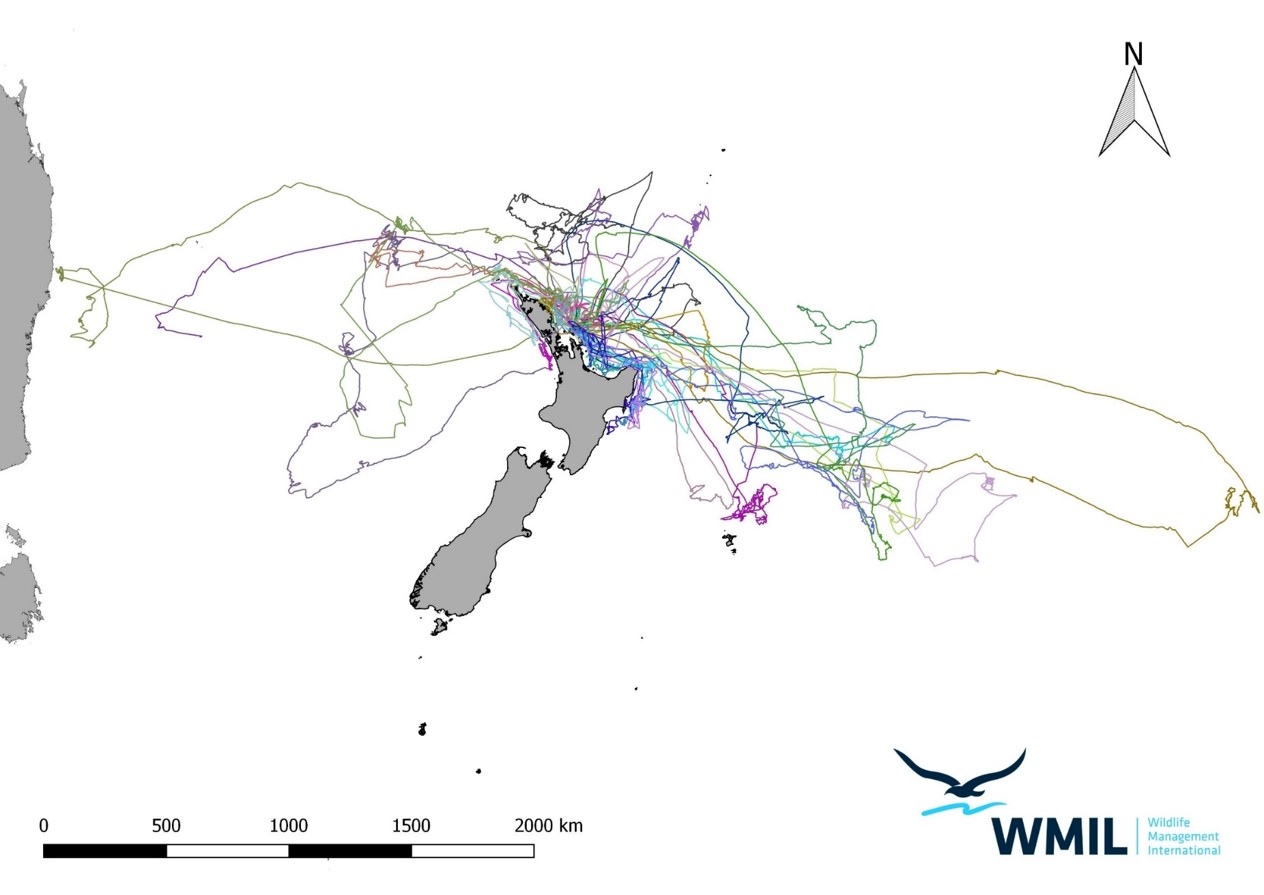 It is on these forays that black petrels face their biggest danger. Hunger brings them into contact with fishing boats and any unguarded, slow to sink baits.

Nikki says accidental fisheries bycatch is probably the biggest factor in the slow but steady (1-2% per annum) decline in the population at Hirakimata, the petrels’ stronghold with around 2,000 breading pairs. Several hundred more breed on ridges elsewhere on Great Barrier and on nearby Little Barrier Island.

Once black petrels were common throughout the North Island and the around top of the South, even nesting as far inland as Lake Taupo.

But they were unable to survive the onslaught of stoats introduced to New Zealand in the late 1800s.

Fortunately, Great Barrier Island is free of mustelids, though wild cats and rats pose a significant secondary threat to black petrels. The Department of Conservation and volunteers from the island maintain a network of traps around the colony.

The WMIL team, which has studied the colony since 1995, places a big emphasis on communication.

Hosting visits by longline fisherman has been an important catalyst for the adoption of ‘seabird smart’ fishing across the New Zealand fleet. Setting at night, using a tori line off the back of the boat to scare birds and adding weight to the haul line has reduced the numbers of black petrels being caught.

In the evening we sit on the wooden platform at Hirakimata’s summit. A cold wind bites and howls and stars form a blanket above us.

Eventually, at our feet a black shape shuffles past, pauses momentarily, then launches out into the dark night, continuing a cycle as old as the hills. 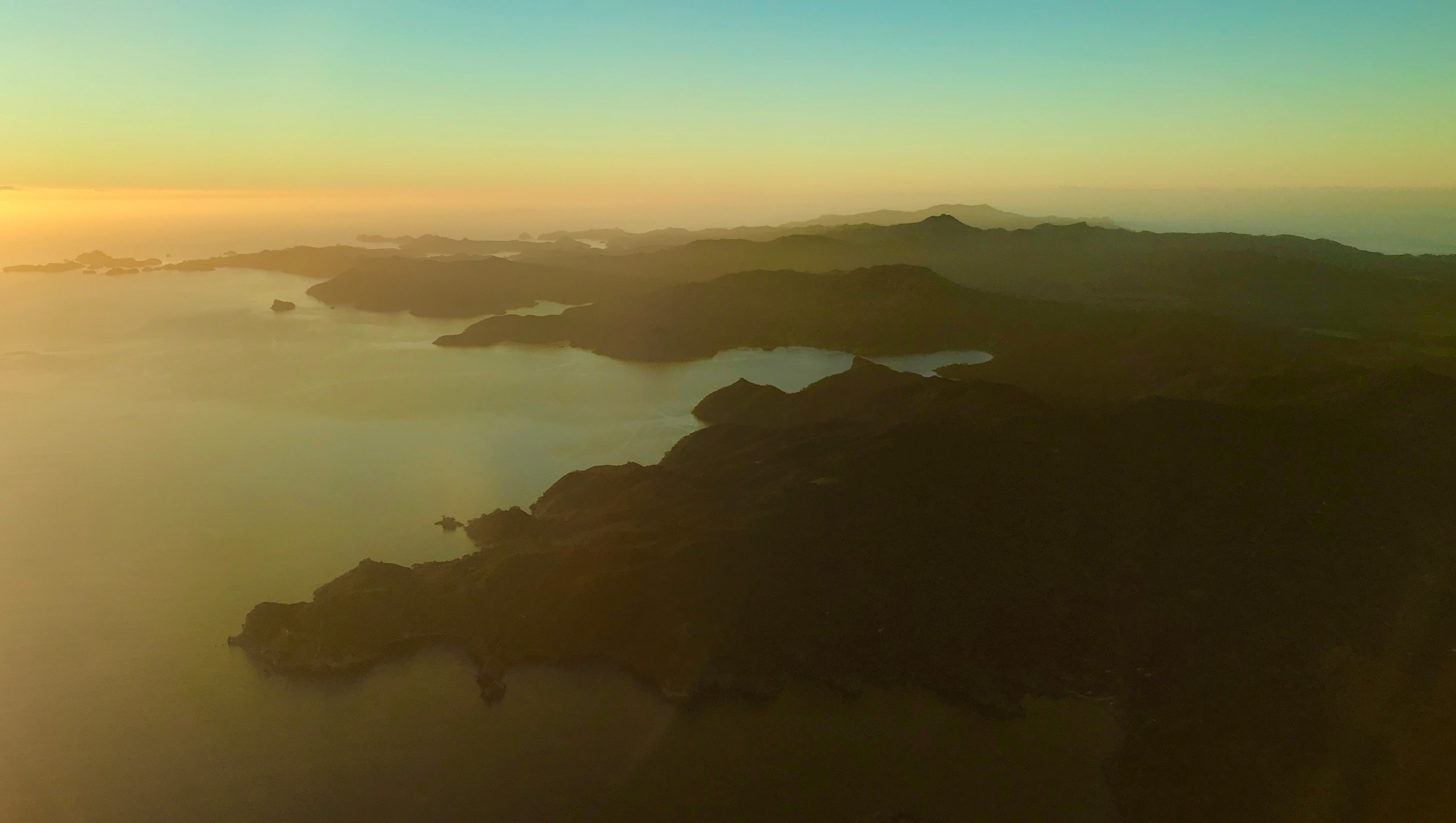