The countdown has begun.

Miramar’s voyage to predator freedom begins in just weeks and traps are being laid out around the bays and valleys of 1000 ha peninsula.

I was in the capital city last week and visited Olli and Theresa Kraft of Karaka Bays, where Predator Free Wellington field workers John Hambidge and Emma Rowell sited a BT 200 trap and a bait station in the garden of their ridge top property.

It is one of 6000 predator control devices that will be activated throughout June and July. 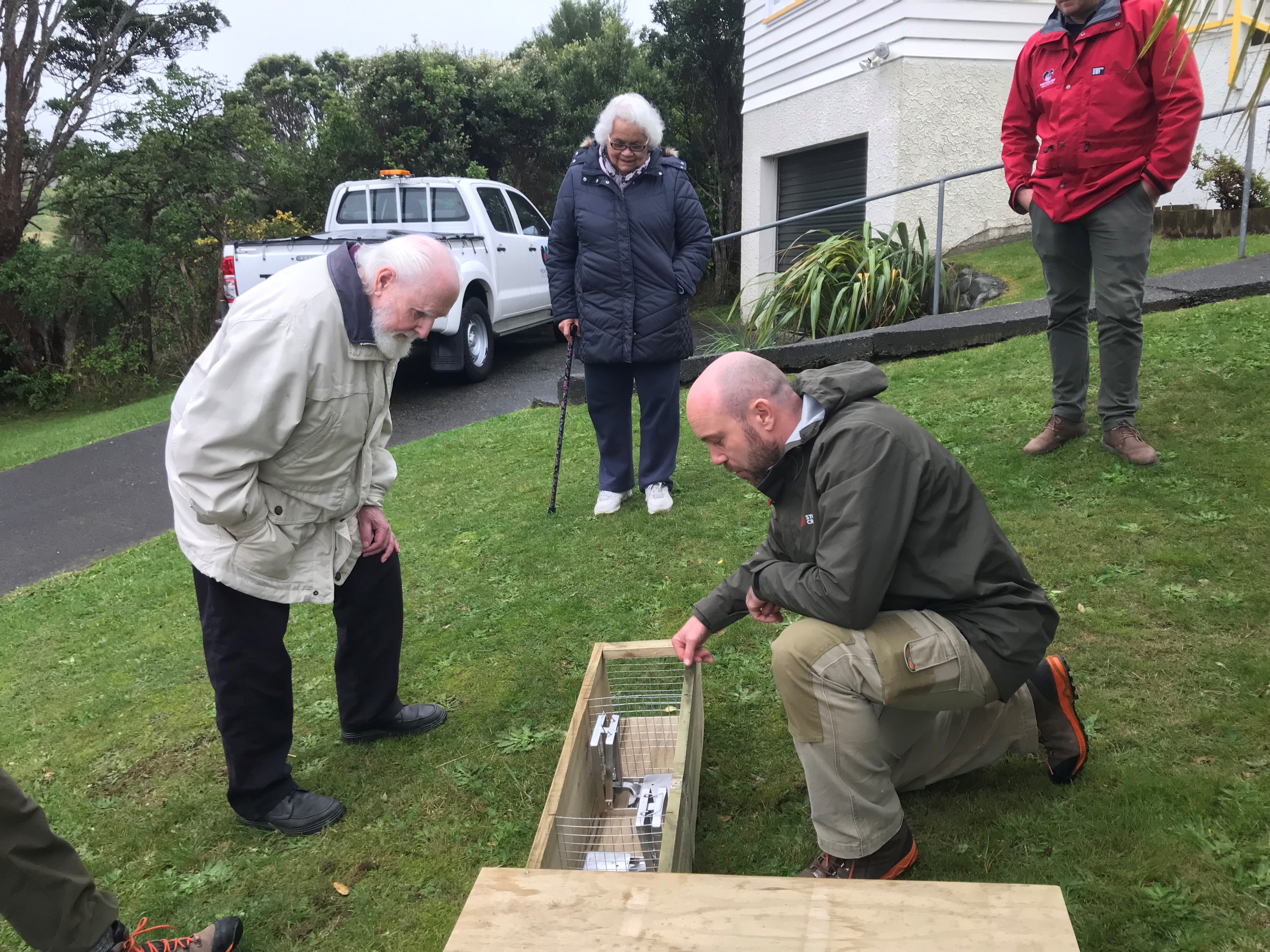 Olli Kraft watches on as Predator Free Wellington’s John Hambidge talks him through the BT 200 trap.

An eradication of this scale in an urban environment has never been done before, it’s exciting, but also complex. Three thousand individual permissions needed to be granted to match an exacting rat and stoat eradication plan, covering a grid of 50m x 50m bait stations and 100m x 100m traps.

Predator Free Wellington’s field staff will swell from six to 24 to service the network. Contractors are in place to tackle the rocky coastline and run traplines into forest reserves.

Project Lead John Hambidge says the recruitment and training of field workers has caused him a few sleepless nights. Getting enough trap boxes made in time has also been a challenge.

Then there’s the virtual barrier, high-density lines of traps and baits stations which need to be up and running around the airport boundary with neighbouring Rongotai.

But, John and his team are confident everything will be in place for the project to launch on schedule. 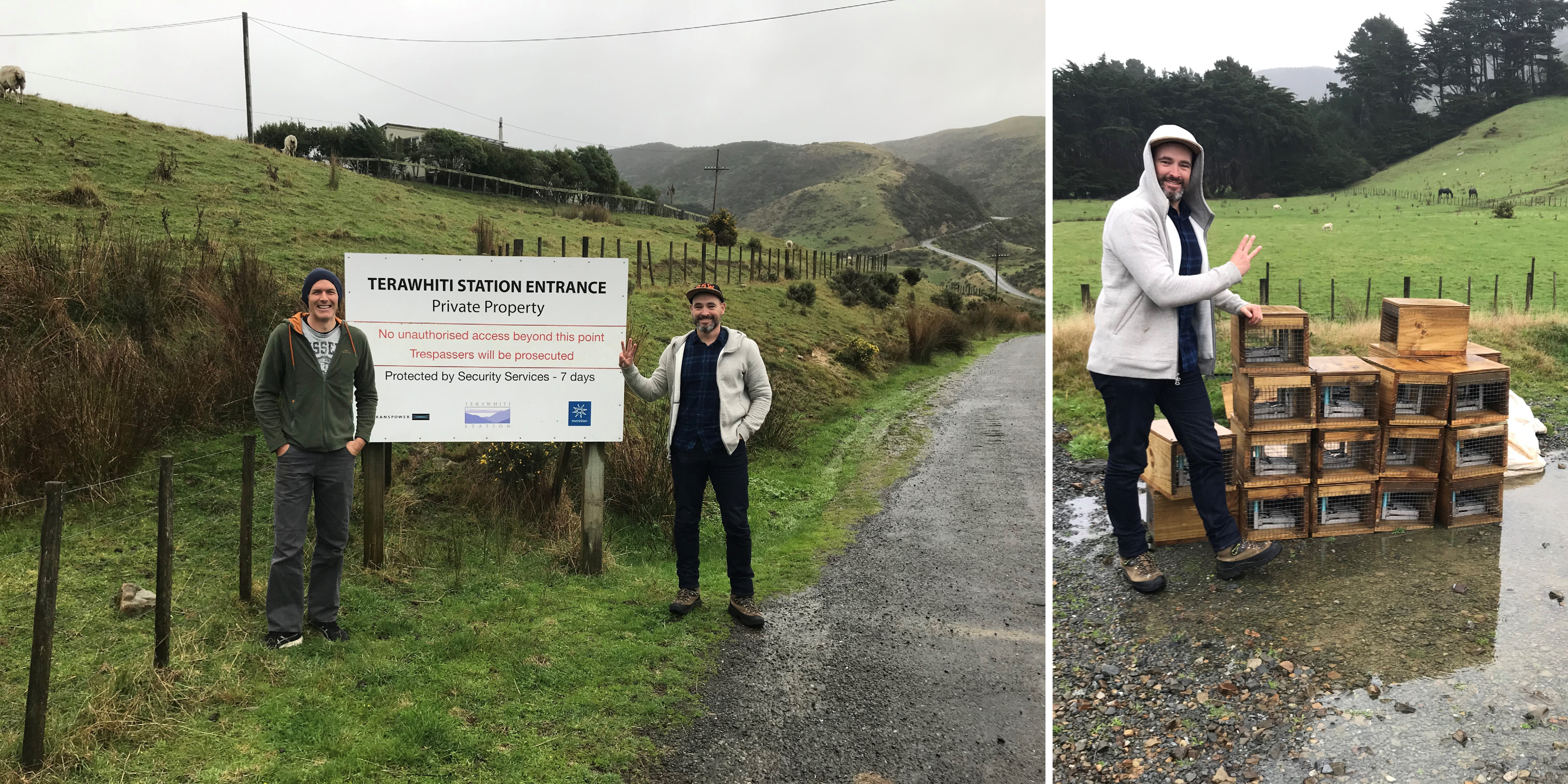 While in the city I braved a wet and blustery day to join project leader Paul Ward for a tour of the hill country south west of Wellington to see how the Capital Kiwi project is shaping up.

Operations lead Jamie McNaught and ranger Pete Kirkman joined us in a 4WD to check out Terawhiti station – at nearly 5,000ha, the region’s biggest farm block – whose support has been foundational for the project.

On one of the winding gravel roads an enthusiastic grader driver had recently knocked over a couple of trap boxes and A24s sited on the road verge, meaning a meeting with another stakeholder to make sure everyone is on board and aware of the project plan.

The team’s next mission is connecting in the work of predator free community groups to plug network gaps across 3,000ha of the city’s outer green belt.

Then there’s the development of monitoring software capable of proving eradication.

We dropped in at Eagle Technology so I could meet Ed Cook whose GIS wizardry (mapping, database and field applications) will help track the success of more than 4,000 stoat traps set across 23,000ha.

It was great to get into the field and see the dedication, hard work and innovation being employed in Wellington to make all systems go.